The Health and Wellbeing Benefits of Fresh Air

The appreciation for fresh air is something ingrained deeply into many cultures and groups. Surfers, mountaineers, skiers, long distance hikers, any adventure sportsmen list fresh air as one of the best health benefits of their activity. Cultures from all climates value walks in fresh air, or sleeping outside, like the Scandinavian tradition of letting children nap outside even in cold weather.

Today we look at a bit of the science behind “a breath of fresh air,” and why Costa Rica can be so valuable for people looking for one.

Giving Your Body the Right Blend of Gasses

The first benefit of breathing fresh air draws from human biology. The earth has a relatively standard atmospheric composition, and over millions of years, humans have adapted to function at their best in these conditions.

By volume, dry air in the earth’s atmosphere contains 78.09% nitrogen, 20.95% oxygen, 0.93% argon, 0.04% carbon dioxide, and small amounts of other gases. Ecologically, this balance of gasses is the result of the gas cycle, in which animals consume oxygen and exhale carbon dioxide, which is then converted and returned to the air as oxygen by algae and other terrestrial plants.

Air composition changes slightly due to differences in plant and animal life, temperatures, humidity and water vapor, but as a whole these gasses stay within relatively slim boundaries when out in nature.

By contrast, in manmade environments like cities, these factors reach a different equilibrium. In spaces like a crowded room, and airplane, or even a city, this cycle is adjusted. There’s not as many plants or other carbon dioxide converters to complete the cycle, so oxygen is used up at a higher rate, changing the composition of the air. This, along with several other factors, can lead to the feeling of stale air, or crowded city air.

This is why stepping out into nature, or even out into a garden, can feel so rejuvenating. You’re returning to a more natural air composition, with higher oxygen levels and the right blend of gasses, and your body simply functions more effectively. 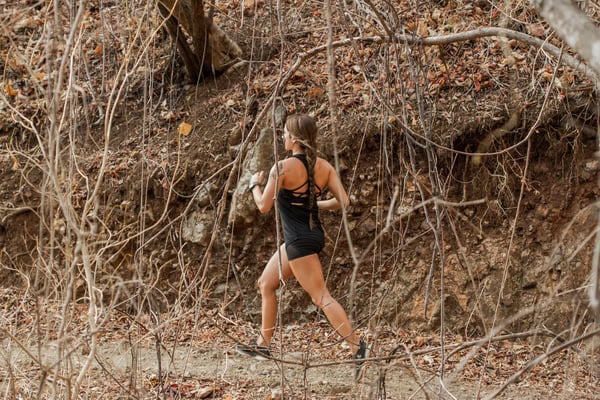 The Benefits of Unpolluted Air

The second reason why fresh air makes such a difference is actually something that fresh air has far less of: airborne pollutants.

The CDC lists the most common pollutants as carbon monoxide, lead, nitrogen oxides, ozone, particulate matter, and sulfur dioxide. Listed as “criteria” substances, each of these airborne chemicals can have negative effects on your health and mood if found in too high a concentration.

These substances are most commonly produced by 4 types of sources: mobile (cars and planes), stationary (factories and other industry), environmental (lightning and fires), and area (cities and towns).

Costa Rica on the Leading Edge of Fresh Air

Costa Rica is one of the world leaders in cutting down on pollution. Their grid is almost entirely powered by non-polluting sources and cities increasingly search for new ways to cut down on their emissions. In fact, the Costa Rican government has launched a plan to decarbonize the country by 2050, with the end goal of dwindling these pollutants down to as close to zero as possible.

The next major goal for Costa Rica is decarbonizing the cars and buses in the country, a goal which many top minds in the country are pursuing. One notable example is Ad Astra Aerospace, who are developing a renewable ecosystem of energy collection and hydrogen powered transport. Recently Ad Astra launched their first hydrogen powered car for consumer use, the Toyota Mirai, which they see as the next step in bringing pollution-free mobility to the public. 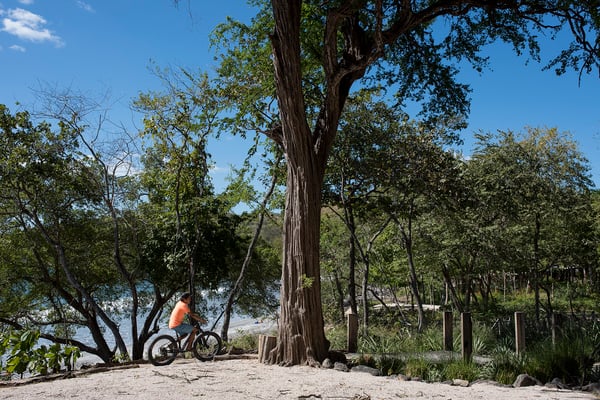 Las Catalinas: A Step into Nature and Away From Cars

As a car free town just steps away from the ocean and a tropical dry forest, Las Catalinas embraces both aspects of fresh air. There is little pollution from cars passing through, meaning the air is clear from chemicals and gasses that can negatively affect health. Meanwhile, the ocean, forests, gardens, and greenery throughout town produce air rich in oxygen with a natural chemical balance that simply makes people function better.

It’s possible to see this when traveling to town from somewhere else. The change in how you feel before your trip and after arriving is tangible. Taking a trip out onto the trails or the water makes this difference even more prominent. That’s the effect of a breath of fresh air.

In early July, motion-activated cameras were placed all across the 1000-acre tropical dry forest reserve at Las Catalinas, with the purpose of...
END_OF_DOCUMENT_TOKEN_TO_BE_REPLACED

Costa Rica has become an international wellbeing destination, with visitors from around the world drawn to the country by its natural beauty and way...
END_OF_DOCUMENT_TOKEN_TO_BE_REPLACED

Cvent announced today that Guanacaste has been ranked number 11 on Cvent’s annual list of the Top 25 Meeting Destinations in Caribbean and Latin...
END_OF_DOCUMENT_TOKEN_TO_BE_REPLACED