The Most Common Costa Rican Birds in Las Catalinas

Las Catalinas is home to many species of Costa Rican birds, which include the pericos (parakeets) that make their homes here in dry season, the rabihorcado (frigatebirds) that are often spotted offshore, the grandes kiskadees (great kiskadees) whose bright yellow plumage marks a striking sight, and the many, many species that can be found on the trails.

From July to September, Las Catalinas partnered with Guanacaste Wildlife Monitoring to capture footage of 52 species of birds, mammals, reptiles, and amphibians in the reserve, which includes 28 separate species of bird. This is just a small sample of what can be found in the area, as this short sample doesn’t account for the migratory species that are not in town this time of year.

Of the species filmed from July to September, the top five most commonly spotted were the elegant trogon, streak backed oriole, common ground dove, and the white-tipped dove.

The Most Frequently Spotted Costa Rican Birds on the Trails

Traits: Males are known for their bright plumage, with dappled green feathers on the back, bright white underneath the long tail, and a vibrant red chest. Females are more muted, with a gray head and chest, but have a red lower belly.
How to Spot: Elegant trogons are not very active, and often sit motionless in trees watching for flying insects. However, they are prominent in this area, and can be found by keeping an ear out for their call and scanning the lower branches of trees for a sign of the male’s plumage

Traits: Colors for these orioles varies across their range, with plumage more vibrant closer to the equator. In Costa Rica, both male and female have distinctive orange feathers, black streaking on the back, and alternating black and white streaked feathers
How to Spot: Orioles remain close to ground level, in areas where there are dense shrubs and scattered trees for them to navigate thanks to their small frame and agility. These birds can be found with a keen eye in areas where branches grow thick, by spotting both the bright plumage of both male and females.

Traits: White-throated magpie jays are known for their curved forefeathers and blue-and-white colorations, which are accented with black. A larger bird, these jays can reach up to almost two feet long in some cases.
How to Spot: These magpie jays are known to travel in groups, due to a close bond between parents and young that can last for years as fledglings develop foraging skills. These birds are large, and are most active hunting around dawn and dusk, where they can often be heard and seen due to their bright plumage and their tendency to chatter in groups.

Traits: The common ground dove is a primarily terrestrial-dwelling bird, and has dappled gray and brown coverings to blend in with the forest floor as it hops among the leaf litter.
How to Spot: Larger, open areas on the trails are the best bet to spot the ground dove. Keeping eyes on heavy clumps of foliage, it’s possible to see these ground feeders as they emerge from cover searching for seeds and small fruits. 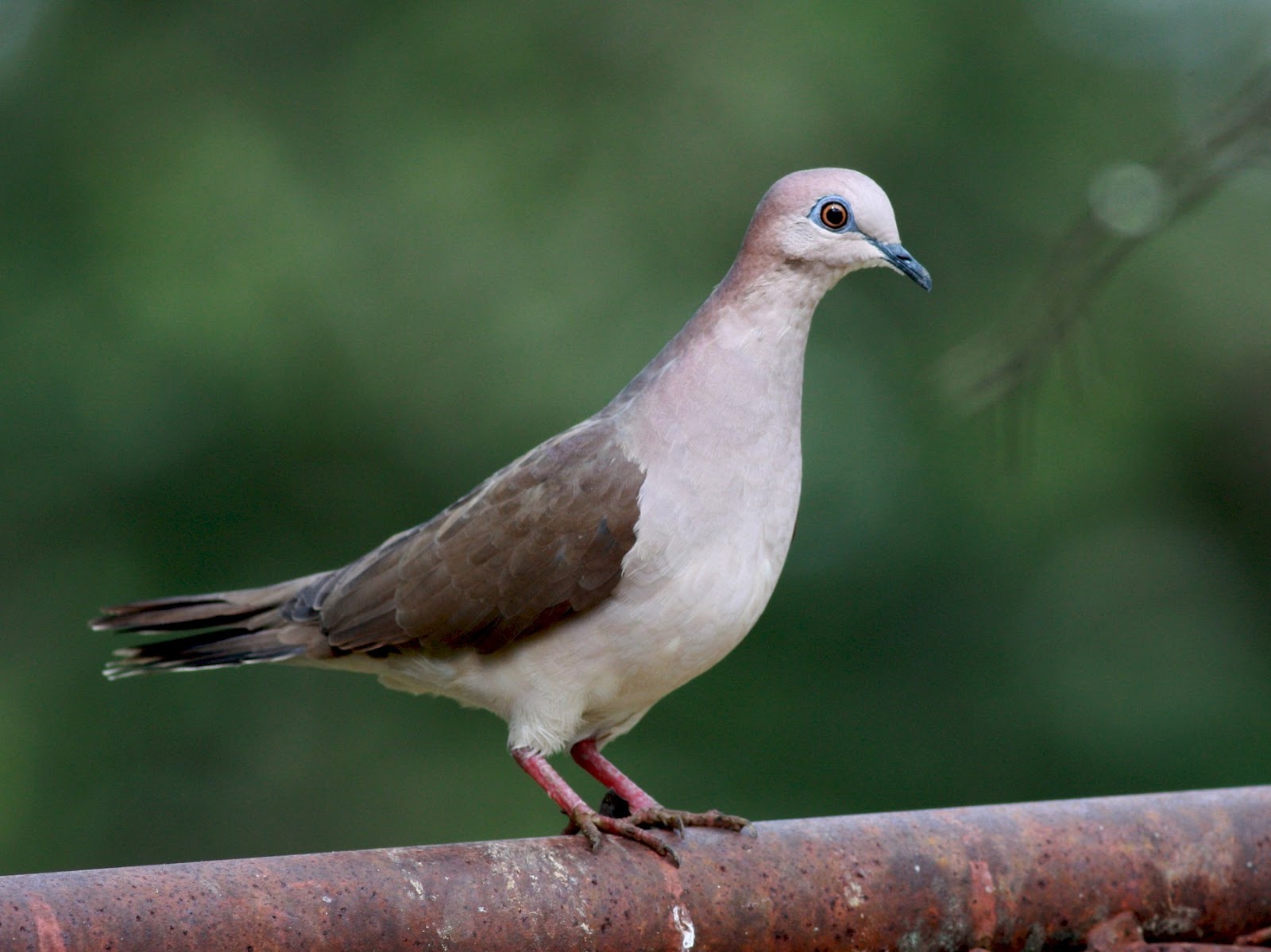 Traits: The white-tipped dove is in the family of the common pigeon, and follows a similar size and shape with a gentler white coloring, brown wings, and eponymous white-tipped feathers on the tail
How to Spot: White-tipped doves were by far the most common bird sighting in the reserve, spotted more than five times as often as the next bird. They tend to travel alone or in pairs, where they hop along the forest floor feeding. When moving, they travel with the sharp beating of wings like that of a pigeon taking flight, which can help identify when birds are in the area.

Step Out into the Reserve at Las Catalinas to See Them

Many of these species are most active at first light or right around sunset, as they’re moving to forage for insects and grubs during the day, which raises the chance to spot the many birds of Las Catalinas.

During the late green season, the abundance of fruit and gentler conditions tend to make these birds more active, and with less wind in the area they can be easier to spot and here. Though with gentler atmospheric conditions often allowing the possibility to hear as well as see them.

All of the homes in town are just a short walk from the trails, making a trip into the forests for birdwatching a possibility for any stay in town.

In early July, motion-activated cameras were placed all across the 1000-acre tropical dry forest reserve at Las Catalinas, with the purpose of...
END_OF_DOCUMENT_TOKEN_TO_BE_REPLACED

Cvent announced today that Guanacaste has been ranked number 11 on Cvent’s annual list of the Top 25 Meeting Destinations in Caribbean and Latin...
END_OF_DOCUMENT_TOKEN_TO_BE_REPLACED

Meditation can take many forms. Some of the most informal practices include breath work or finding a meditative state during physical activity like...
END_OF_DOCUMENT_TOKEN_TO_BE_REPLACED