The Beauty of Summers in Las Catalinas Beach Town

To many, going south for summer vacation seems counterintuitive. A general rule for the Northern Hemisphere is that temperatures rise quite rapidly as you head towards the equator, and to most the summer is warm enough already.

But the idea that further south means warmer weather actually isn’t true, especially in parts of Central America. Take for example, Houston, TX. Average temperature during the summer? Well into the 90s, tipping over a hundred frequently. Logic follows that hundreds and hundreds of miles south in Costa Rica the world would be ablaze.

But the weather is gentle, with a light sea breeze, lush green scenery, and a high of about 84 degrees for June, July, and August.

Read on to find out why Las Catalinas, the home of the Santarena Hotel, is a great place to go during the summer months. You might find that you want to turn the plane around and head south to for your next vacation.

Picture the scene. It’s the heart of July, the middle of the summer, and you’re in the heart of the tropics, only a few degrees north of the equator. You’d imagine blazing temperatures stacked on humidity and wrapped in mosquitos, but the reality is much, much gentler.

Costa Rica experiences a different form of seasonality than more northern climates, with only two seasons -- green and dry -- that take up the year. There’s a lot of science to explain exactly why this happens, but the effects are clear -- gentler seasons, more moderate temperatures, and a few months of the year where the weather is bordering on idyllic for months at a time.

One such time of year is the heart of the northern winter, from late November to mid February, while the other ranges through the northern summer months, beginning in June and lasting through August. Each has their own character, but this article will focus on summer. 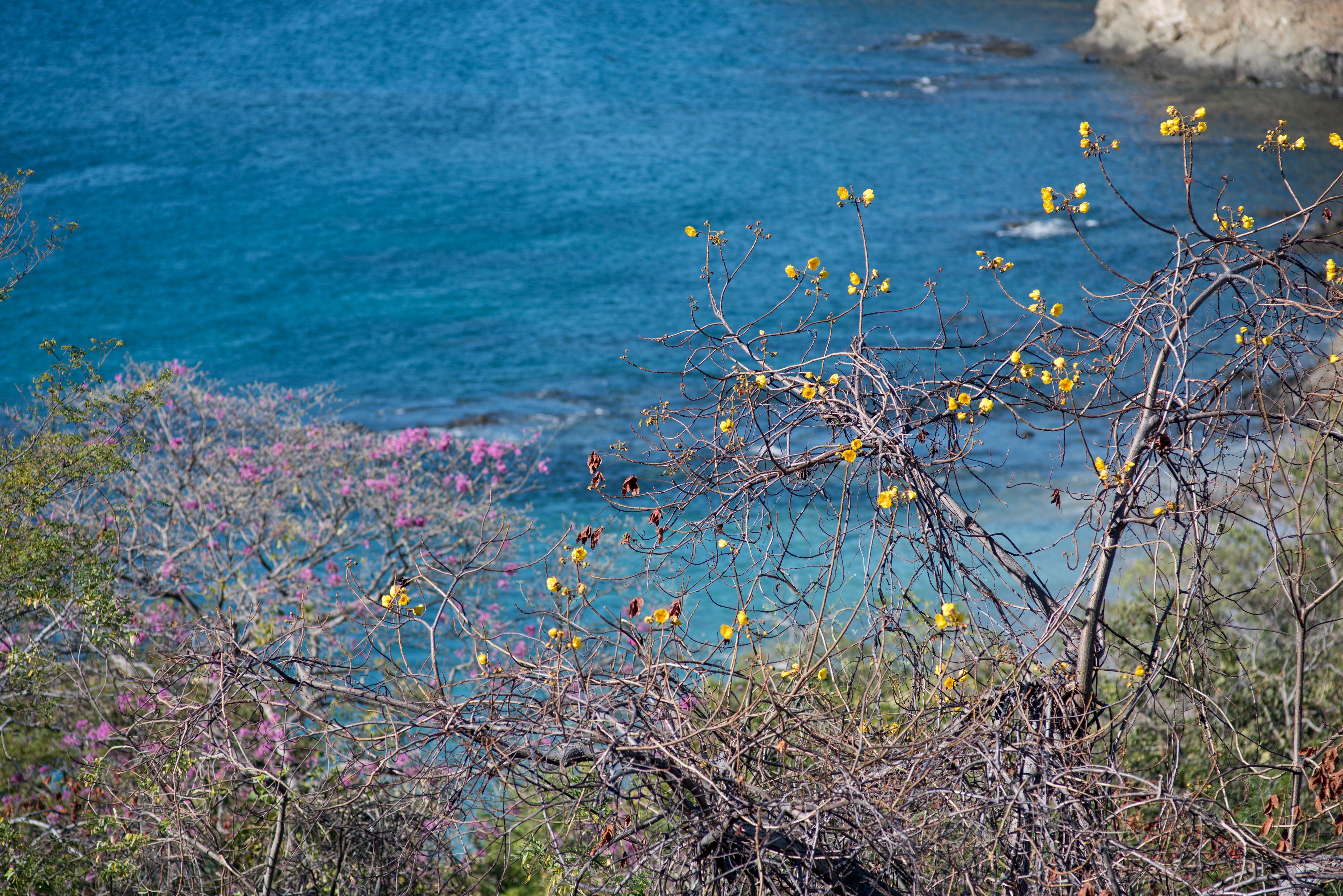 In the Guanacaste province, where Santarena is located, the weather in green season follows a familiar and consistent pattern. After the prominent rains of May return the thick green foliage, the middle months of June to August provide a steady rhythm of life. After cooler nights in the 70s, mornings are clear and sunny, with temperatures in the high 70s and low 80s. Throughout the morning the temperatures may rise (only in certain cases reaching the mid 80s) before the onshore breezes from the Pacific or refreshing showers in the midafternoon lower the temperatures back to the low 80s for sunset.

And that’s about it. For three months.

An Easygoing Way Of Life A typical day starts early, to get out on the biking trails in the morning mists and race along the newly packed soil on smooth dirt tracks through a forest bursting with life. The sunrises from the peaks are astounding, lighting the still-fresh world up in the occasional rainbow as the morning breeze clears the day.

A cup of Costa Rican coffee in the Atrium paves the way to the occasional beach fitness or a simple morning along the shore watching the howlers and the rare anteater make their way through the trees.

An excursion out into the crystal clear bay on a paddleboard punctuates the midmorning, with a refreshing plunge among the rock reefs with mask and snorkel to explore the world of colorful creatures beneath the surface. As lunchtime approaches it’s usually time for a trip back to shore, but not before a bit of play in the perfectly formed waves just offshore. 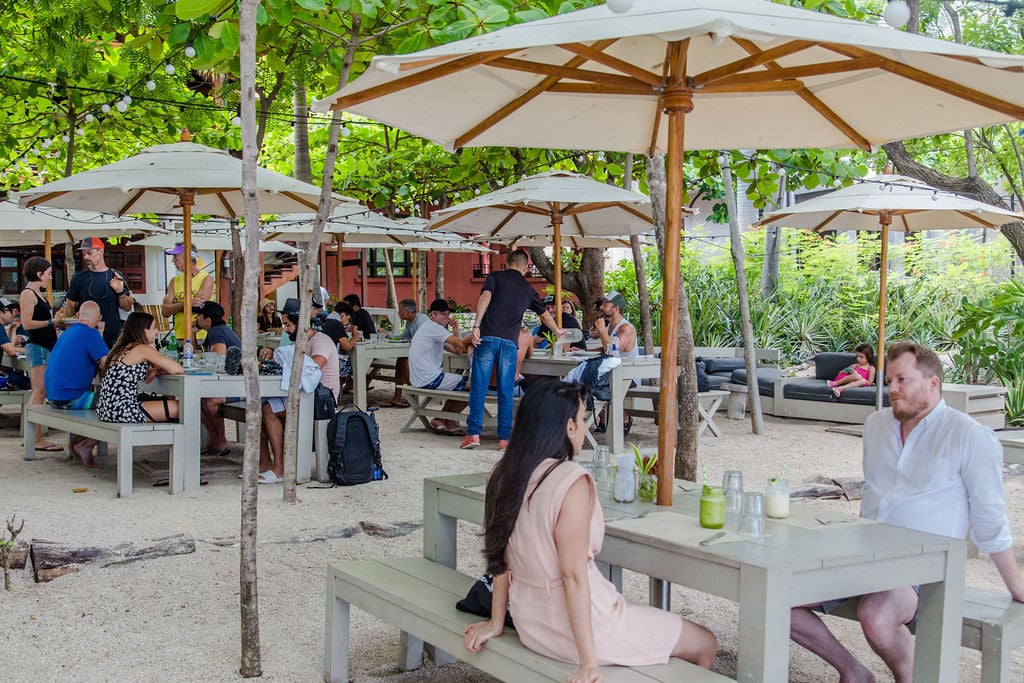 A light lunch under the trees gives way to the occasional afternoon shower, strong, brief, and refreshing, easily enjoyed with a good book by the pool on the rooftop terrace. Around mid afternoon the rains have faded, perfect for a foray along the streets to shop at the Las Catalinas Collection, browse the art LaPula Shop and Gallery, investigate the Cava at Copper & Stone, or treat the body to Wake Day Spa.

The clouds are soft and white around sunset, leaving behind a painted expanse of whites, golds, pinks, purples, and reds across the sky. As the evening winds down, the cool breeze of the ocean gently sweeps through town, underneath a sky dotted with countless stars.

The little ins and outs of each day bring with them a welcome variance to the otherwise blissful conditions, interwoven with the hobbies and projects and lively conversations that bring life its color. Whether chatting with friends old and new at an evening meal at Ponciana restaurant, enjoying the morning breeze with a coffee at Cuatro Calle la Ronda Bakery’s terrace, or enjoying a late afternoon cocktail on the rooftop, life is full and satisfying here. On and under the waves, in and around town, among the trails and the tropical forest, summer is an excellent time to be at Santarena.

Have a chat with our reservations team before you plan your next summer getaway. You might find that going South is your new best kept secret.

In early July, motion-activated cameras were placed all across the 1000-acre tropical dry forest reserve at Las Catalinas, with the purpose of...
END_OF_DOCUMENT_TOKEN_TO_BE_REPLACED

Cvent announced today that Guanacaste has been ranked number 11 on Cvent’s annual list of the Top 25 Meeting Destinations in Caribbean and Latin...
END_OF_DOCUMENT_TOKEN_TO_BE_REPLACED

Meditation can take many forms. Some of the most informal practices include breath work or finding a meditative state during physical activity like...
END_OF_DOCUMENT_TOKEN_TO_BE_REPLACED